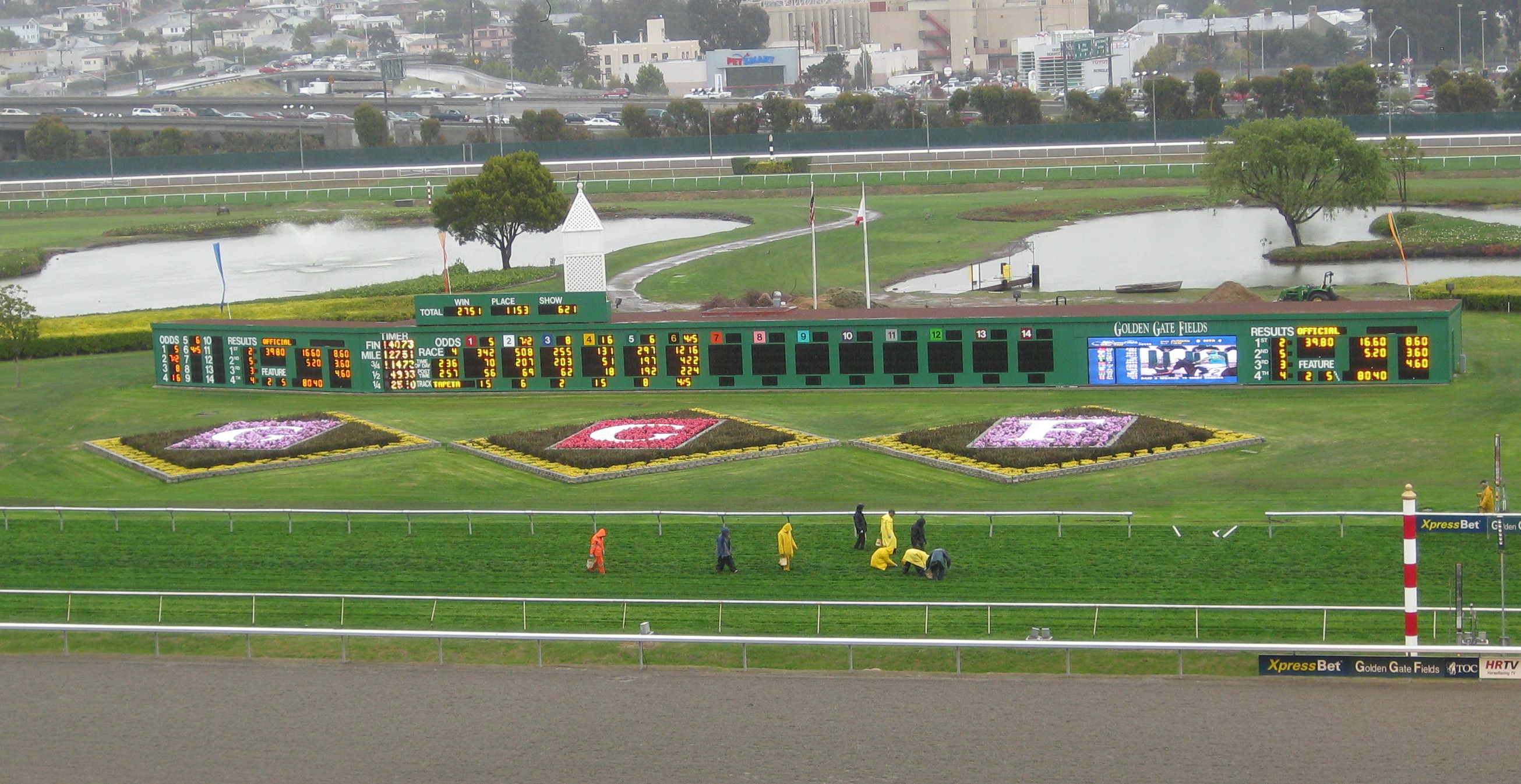 Golden Gate Fields is an American horse racing track straddling both Albany, California and Berkeley, California along the shoreline of San Francisco Bay adjacent to the Eastshore Freeway in the San Francisco Bay Area. With the closing of the Bay Meadows racetrack on May 11, 2008, it became the only major thoroughbred racetrack in Northern California. It is currently owned by The Stronach Group.

Golden Gate racetrack is situated on a tract of land bordered on the west by Fleming Point, a rocky promontory which lies on the eastern shoreline of San Francisco Bay. On the north, it is bordered by the Albany Bulb, Albany Beach and Albany Plateau, undeveloped terrain over a former landfill, owned by the City of Albany. To the east is Interstate 80 and to the south, the Berkeley Meadow. This tract lies on what was once a part of the slough into which three creeks drain: Schoolhouse Creek, Codornices Creek and Marin Creek. The tract had originally been that portion of the Rancho San Antonio owned by José Domingo Peralta. He sold it in July 1852 to John Fleming, who used it as a transhipment point for sending his cattle across the bay to San Francisco for slaughter and processing. Later in the 19th century, it was the site of the Giant Powder Company, a manufacturer of dynamite and nitroglycerin. Between 1879 and 1892, the plant blew up twice.

Just before World War II, Golden Gate Fields built its new grandstand up against the eastern slope of Fleming Point, and adjacent marshland was filled in for the track. The inaugural meet was on February 1, 1941. In the period just before the war, the track was used as the scene of the crime central to the plot of the movie Shadow of the Thin Man.

With the onset of World War II, the United States Navy took over the property as the Naval Landing Force Equipment Depot, Albany for storing hundreds of landing craft destined for use in the Pacific theater. After the war, Golden Gate Fields resumed horse racing.

Golden Gate made history in 2016 when it hired 29-year-old Angela Hermann as its track announcer, succeeding Michael Wrona. Hermann was the first full-time female race caller in the United States since Ann Elliott worked in the 1960s at Jefferson Downs near New Orleans.